During the Graphics, Print and Sign Expo, which runs from 14-16 September, Rexx Screen & Digital Supplies will create an ‘On Demand Pop Up Shop’ for Project Rhino, which enables them to produce on demand customised apparel, T-shirts, caps, aprons, bags, etc. to customers’ preferences. This is an increasing international trend to reduce waste and obsolete inventory, which Rexx is passionate about. 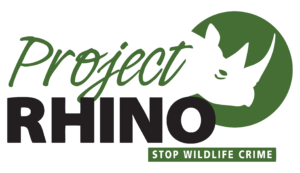 Since partnering with Project Rhino four years ago, Rexx has contributed significantly to their work and together they are committed to continue supporting conservation and a sustainable environment for all.

Project Rhino was launched on World Rhino Day, 22 September 2011. It is a rhino-focused association that brings together a provincial government conservation body, private and community-owned reserves, rhino owners, leading conservation NGOs and anti-poaching security specialists in the common aim of fighting wildlife crime.

Together with South Africa’s Kruger National Park, Project Rhino member reserves are collectively responsible for the protection of the world’s largest rhino population; as well as the most genetically diverse white rhino population. Devastatingly, our rhino have become a target for highly organised poaching rings and crime syndicates, fuelled largely by an ongoing and unfounded demand by traditional Eastern medicine. Rhino numbers have plummeted – more than 8000 have been lost in South Africa in the last decade – whilst the costs of keeping the remaining populations safe have increased astronomically.

See Project Rhino’s ‘On Demand Pop Up Shop’ at the Graphics, Print and Sign Expo. The event is sponsored by Platinum sponsors Roland DG South Africa and Stixo Signage Supplies. The show will take place 9am to 5pm daily. Entrance is free. For more information and to register online, click here.